Vegetable Oil: The next health concern for your restaurant's guests

Should your restaurant plan for answer guest's questions about your cooking oil?

While every restaurant may differ in the types of cuisine they offer, there is one true constant – the patrons within them. Today's consumers are far more informed and, as a result, more health-conscious than in years past. Dietary concerns, allergies, ethical concerns about food and its sources are increasingly important factors for diners. These matters impact how the consumers spend their money and, in turn, what they choose to eat while dining out.

Take the recent trend of plant-based meat alternatives, for instance. These items were scarcely available approximately five years ago but now are a 6 billion dollar industry. Companies like McDonald’s, Starbucks, Del Taco all have plant-based offerings on their menus. Even sit-down chains like Red Robin, The Cheesecake Factory, and T.G.I. Friday’s have alternative meat options.

The latest health trend could very well revolve around something much more widely consumed than meat. Alternative cooking oils are likely to become a trend, especially when you consider the prevalence of their use, health impacts, and the environmental concerns associated with the currently popular vegetable oils.

As most chefs know, oils are everywhere! It is nearly impossible to consume any food without ingesting several teaspoons or even tablespoons' worth of oils. They are in baked goods, snacks, fast-food, sit-down restaurant cuisine, shelf-stable products, frozen meals … the list is endless. Heck, oils are even present in condiments, dressings, and sauces.

Now one might think to themselves, five tablespoons is a good bit of oil, and that's over one-quarter (1/4) cup. However, think of it this way: five tablespoons of oil is roughly the amount contained in a bag of chips, a meal at a Mexican restaurant with the complimentary house-made chips and salsa, or even the amount of oil used to cook your favorite dish at a local Chinese or Thai restaurant. That is one meal or one snack. Just one.

Think of the dishes in your restaurant … How much vegetable oil are you serving each night? Each table? Heck, how much oil is going out per customer?

With the increasing focus on health and well-being, it's only a matter of time before these diners begin to ask what oil is used to prepare their food.

Why will your restaurant’s guests care about vegetable oils?

It is now estimated that six out of ten adults in the United States have a chronic disease, and four out of ten have more than one. The Centers for Disease Control attributes these chronic illnesses to be the leading causes of death and disability within the healthcare system. Among the listed lifestyle risks the C.D.C. attributes to these diseases is, not surprisingly, dietary choices.

Although these vegetable oils contain less saturated fat than their counterparts, such as butter or other animal fats, they do have the potential (and likelihood) of containing more omega-6 fatty acids, which actively fight the omega-3 fatty acids – the ones typically marketed as good fats for your health.

Omega-6s have been linked to chronic diseases and inflammation.

Some scientists believe that the imbalance caused by the increased intake of vegetable oils throwing off our omega-6 to omega-3 ratios can even cause good (HDL) cholesterol to be converted to bad (LDL) cholesterol.

Vegetable oils contain a disproportionate amount of Omega-6 fatty acids versus the amount naturally occurring in other foods. We are talking about up to twenty-five times more in some specific cases! Half an avocado, for instance, has approximately one gram of omega-6. At the same time, a tablespoon of sunflower oil has ten grams. Beef? About 100 grams of beef contains only 0.4 grams of omega-6, but a tablespoon of grapeseed oil has nine entire grams in it.

To be clear, it is not the presence in and of itself that makes omega-6 fatty acids dangerous, but the dosage we consume them in. Humans do not need omega-6s to grow and develop properly. We possess the ability to get enough of the compound naturally simply by eating whole foods. Things like eggs, cashews, avocado, beef all contain trace amounts of the fatty acid we label as omega-6. Humans would not be at risk for deficiency at all.

Pivoting away from the health concerns we have mentioned, another aspect of vegetable oils should be considered when opting to consume them – the environmental impact. A significant portion of land is used for farming vegetable crops used for oil production. You might be wondering, how is this particularly harmful? Great question; let's elaborate on that.

Oil crops have been steadily rising within the agricultural land already available since 1961. The most notable increases within the last thirty or so years – since 1991. Now since about twelve percent of all habitable land is used for crops for human consumption, the seemingly endless increase in oil-producing crops is of great concern. As the demand for oils increases, so do the needs for their crop space. This requires more and more land to be cleared for farming this type of produce. This brings us to deforestation.

Deforestation occurs whenever forest land is cleared. This can be for housing, urban developments, or even agricultural needs. Seeing as plant-based oil production is on the rise and taking up a major portion of the existing farmable lands, with demands increasing, there will also be a growth in the amount of land needed to keep up with the supply needs.

When forests are cleared, and as a result, local ecosystems are destroyed, nearby populations suffer or die out altogether. Trees work to absorb carbon dioxide, but the clearing of forests yields additional greenhouse gasses being emitted into Earth's atmosphere. This is because forests are often cleared by way of fire. The Food and Agriculture Organization of the United Nations, or F.A.O., estimates that nearly twenty percent of the world's greenhouse gas emissions are attributed to deforestation. They also say that this is the second leading cause of global climate change; the first is the obvious burning of fossil fuels.

Two out of the top three global drivers of deforestation are vegetable oil crops. This equates to nearly one-fifth or twenty percent of the entirety of tropical deforestation! Deforestation can also cause even more dangerous pollutants than greenhouse gasses, as the smoke from burning the forests down to clear land introduces harmful air pollution.

What are healthier/better alternatives to cooking and traditional vegetable oils?

If you know you have guests that take health and environmental concerns seriously, there are alternatives available to traditional cooking oils and vegetables which are primarily made from canola and soybeans. Healthier oils include Avocado oil, Grapeseed oil, and Extra virgin olive oil (EVOO). But there is a newer alternative emerging from a company called Zero Acre.

Much like how Beyond Meat and Impossible Foods took on traditional meat, Zero Acre is a startup looking to take on vegetable oils. They use fermentation to create oils that they believe are healthier, with lower levels of bad fat. They have a pretty unique vision of the future and we think you’ll be hearing a lot more from them soon.

Dashy Dash is a free community powered tool that makes it easy to manage invoices, discover new products & compare prices to help you save money.

With Dashy Dash restaurants and bars can...
...Automatically catch rising prices before they spin out of control
...Benchmark the prices they pay for supplies against those paid by other restaurants and bars
...Easily find alternative products and suppliers in their area

It's free, join us. Get Started Today 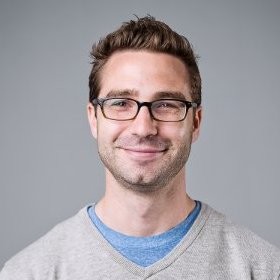 Michael Flynn
Michael Flynn is a co-founder of Dashy Dash. He passionately believes that restaurants are the heart and soul of the foodservice industry and they deserve to have a level playing field when negotiating prices on supplies. We're unlocking the power of cooperative commerce to help restaurants and bars save money and uncover new opportunities with shared information.

An outbreak of avian influenza (also known as bird flu) hit last February resulting in the culling of 57 million birds. Large numbers of egg-laying chickens have been culled, leading to a significant decrease in the supply of eggs and an increase in egg prices. While the egg-laying hens that have died or been killed because of the outbreak are replaced, it can take 4 to 5 months for an egg-laying hen to reach peak egg production. According to the New York Times, domestic egg production has dropped an average of 7.5% each month since the outbreak.

As a restaurant owner, it's crucial to have a deep understanding of your financial performance. This includes not just your overall profit, but also various financial metrics that can provide insight into different aspects of your business. By tracking these metrics, you can make informed decisions to improve your financial health and achieve long-term success.

How Can You Reduce Costs and Increase Your Restaurant Income?

The restaurant business is tough. Not only do you have to serve delicious food and provide a great atmosphere, you also have to make sure that your prices are attractive, your service is great, and that you’re making a profit. Dashy Dash realized how difficult it is for restaurants to survive so it set out to help manage supply cost.By arming restaurants with transparent information about products, prices and suppliers, they can do more. Imagine you can automatically catch rising prices before they get out of control or benchmark your supply cost against other prices shared by similar businesses. These are all tools Dashy Dash has implemented in addition to giving you alternative suppliers so you can take action when you see changes and stay ahead of the game.

If you’re a restaurant owner, manager, or chef interested in learning more, join our waitlist and be the first to learn about our new community tools, features, and reports.
Join The waitlist